Your African Safari uses cookies to improve functionality and performance of this site. More information can be found in our privacy policy.
By continuing to browse this site, you consent to the use of cookies.
OK
Dung beetle | Wild Planet Safari
ParkDetailView

Addo Elephant National Park is located in the Sundays River region of South Africa’s Eastern Cape, 75 km (47 miles) to the north of Port Elizabeth. Addo, the third largest of Africa’s national parks at 1,640 km² (630 miles²), is characterized by tremendous biodiversity. It boasts the Bird and St. Croix Islands, coastline, plains and mountains, and within them thickets, forests, shrubland (“fynbos”) and semi-desert (“nama-karoo”).

Following the heavy hunting of African wildlife in the 1800s, the park was founded in 1931 to safeguard the area’s remaining elephants, which numbered less than 20. Since then, the park has expanded its mandate and conservation efforts beyond its eponymous animal to other facets of the region’s rich biodiversity and history. Today, Addo is home to more than 450 elephants as well as the other four big five game animals—rhino, buffalo, lion and leopard. Spotted hyena, antelope and zebra also thrive within its borders, and the southern right whale and the great white shark swim off its coast. Park expansion plans include a proposed marine reserve that would include five of the world’s seven major biomes and work to conserve the Cape gannet and the African penguin.

Those seeking to visit the array of wildlife in this expansive park have their pick of activities, including guided game drives, “hop-on” guides, self-drive game viewing, horse trails, 4x4 trails and hiking. Elephants can often be seen by water holes on hot days, and visitors to the main Addo camp may enjoy a floodlit water hole for elephant-peeping. Swimming, too, is available for overnight guests who care to make like swimming beasts.

When is the best time of year to visit Addo Elephant National Park?

Weather varies across the park’s myriad locations, depending on height above sea level and proximity to the coast. The Addo section is semi-arid to arid, with rainfall distributed fairly evenly throughout the year (though peak rain occurs from February to March and October to November). Frost crops up in winter months (June through September).

"Scenic park with a high amount of diversity"

This beautiful and scenic park located not too far from Port Elizabeth on the Garden Route of South Africa is a park well worth a visit. Located out of a Malaria zone also makes this park attractive. As the name suggests the park has a high concentration of Elephants and one really gets to enjoy amazing sightings of these gentle giants of Africa. During our recent visit we had a good sighting of Lions near the main camp. Other highlights include buffalo, kudu, bushbuck, black rhino, black-backed jackal and numerous other antelope. The parks birding is really good with ostrich, southern tchagra, blue crane, southern black korhaan, secretary bird and martial eagle being some of the special birds too see. The parks accommodation is wonderful, comfortable and we really enjoyed our stay at the main rest camp that had a well-stocked shop and great restaurant. Our accommodation overlooked a waterhole and we enjoyed sightings of lion and black rhino at the waterhole. All in all a great, scenic park with a high amount of diversity. 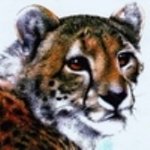 This is a beautiful park in South Africa with a natural beauty that will surprise you. The photo opportunities are really good and the variety of animal is quite amazing. The stay at the main camp chalets were really a good surprise and the rooms are clean and well equipped. The restaurant offers a great variety and my guests really enjoyed the stay at this park. We will definitely be back next year for the 2015 senior citizen trips to this part of South Africa.

Like this review? Go on, give it a Kudu!
By: Catz Tours & Safaris
Safari guru

"More than justifying the name..."

Entering just after sunrise the park was shrouded in a blanket of mist. Numerous kudu and zebra stood watchful beside the road, while the omnipresent warthogs continually scurried off into the grass. The mist gave the park a mystical feel and as the blanket gradually lifted and we saw our first herd, 70-80 elephants playing, eating, interacting, all just metres from the truck. Within three hours we'd seen another four giant herds; at waterholes, in the trees, and on open plains. In every herd there were continual shows of power, young bulls pressing their claim and older males putting them in their place. You can self drive through Addo National Park and the roads are excellent, but without a game driver you're missing a trick. Our safari truck went off-road, into a private area the rangers were using to introduce new lions to the park. Two lions were feeding on a carcass, the kind of quintessential sight everyone hopes for when coming to Africa. In a short space of time we saw South Africa's entire collection of antelope species, and a lot of buffalo. However, the day belonged to the elephants, the park more than justifying its name and giving the chance to not only see wild elephants, but admire them interacting. Addo may not be the biggest park, and it doesn't have the big 5, but its compactness and proximity to the Garden Route make it the perfect introduction to African safaris for many travellers. It's accessible, very affordable, and a great chance for people with limited time to experience an authentic safari. The Garden Route has numerous private game reserves clambering for travellers' attention. Avoid them. Addo is bigger, cheaper, has more animals, and offers a genuine safari experience.

"Close Encounters of the Elephant Kind!" 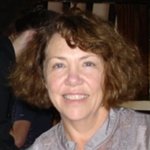 If you are coming to Africa to see Elephant, the Addo Elephant Park is just the place to go! Established primarily to protect the decreasing Elephant population of just 16 animals back in 1931, the Park now has over 550 of these great creatures, so you are bound to see several during your visit. Predators have also been re-introduced so you can see all the Big 5 here. We have taken a few day-trips into the park and have always had a wonderful day with many sightings of Rhino, Wildebeest, Antelope, Lion and, of course, many Elephants (with babies!) The roads are good - you do not need a 4 X 4, and you also do not need to worry about Maleria, a big plus! Although I have not personally stayed in the rest camps, my friends tell me that the accommodation is very comfortable, clean and well-maintained, and that there are options to suit all budgets, from campsites to luxury lodges. You can even arrange to go on an Elephant Back Safari, if you really want to have the opportunity to interact with the animals on a one-to-one basis. Come to South Africa - come to Addo!

"Up close and personal with the Elephants!"

Addo Elephant Park offers nothing short of a paradise setting. The moment you set foot in the park you will know, there is no other place like Addo on earth! Nowhere else in the world can you view Africas Big 7, all in the confines of one park. Bush, mountains, ocean, vast open spaces with dark nights brightened by the sounds of the African bush-veld, yet close enough to the Port Elizabeth city for comfort. If you find yourself visiting the park between June to November, visit the parks coastal section for Southern Right Whale and Great White Shark spotting. The parks elephant family totaling over 600 is the parks biggest attraction. Of course the rest of the Big 5 family is also part of Addo, but the number of elephants roaming freely is what grabs your attention first. Viewing the elephants in their natural setting, sharing their midday watering and bathing or coming up close and personal during the late afternoon game drives remains a treat. Finding yourself close to these giants of Africa, almost close enough for reaching out to them is a special experience, whether you are visiting Addo for the first or umpteenth time! Addo is also affordable to visit and easily accessible from the main routes. Day visits to Addo Elephant Park is possible, but staying longer, including night-time, is highly recommended! A number of game drive options are available, including guided game drives from early morning to late evening, hop-on guides or self-drive options. Self-drive game viewing is a firm favorite but standard park rules apply  some are tempted to stray off-road or get out of their cars for better or closer sightings but this is strictly prohibited. Whether you are a local like myself or an international traveler, I almost guarantee you will start planning your next trip to Addo as you leave the parks borders.

"Not just about elephants!" 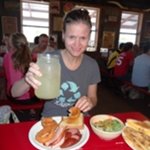 Located on the Garden Route of South Africa, Addo Elephant Park, the reserve has both lush vegetation and semi-arid desert like conditions. While you may think that this park is elephants only, you can also see black rhinos, lions, zebras, blue duikers and spotted hyenas. If you are lucky, you may even spot a leopard or two. Its also great to track the mighty dung beetles. On hot days, you will see elephants cooling down in the watering holes, its great to watch them play around in the water. If you can get accommodation near a watering hole, do so  it is worth it. Theres a number of lodges in the area ranging from uber luxury, to basic accommodations Bear in mind that over the November to December period, the temperatures can get to well over 100 Farenheit/40 Degrees Celcius, so ensure that you dress accordingly. This area is malaria free, so there is no need for anti malarial medication like there is in the northern areas of South Africa. Theres plenty to do at Addo, game drives morning and night are best, you can also take a horse trail. If you are self-driving, you can do a 4x4 trail, and if you go around September/October, you may even be able to spot some whales out at sea.

Like this review? Go on, give it a Kudu!
By: ABTX
Safari guru

The closest international airport in South Africa is in Cape Town. The drive from it is over seven hours, but there is the option to take a route along the coast. If you are considering driving from Johannesburg, the drive is around 9.5 hours.

There are daily flights from Johannesburg to Addo Elephant park for those who don't have the time or desire to drive over nine hours. 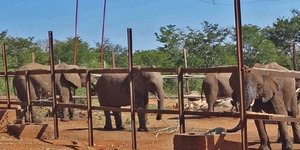 Published on October 25 2016
By: Elizabeth Hogan 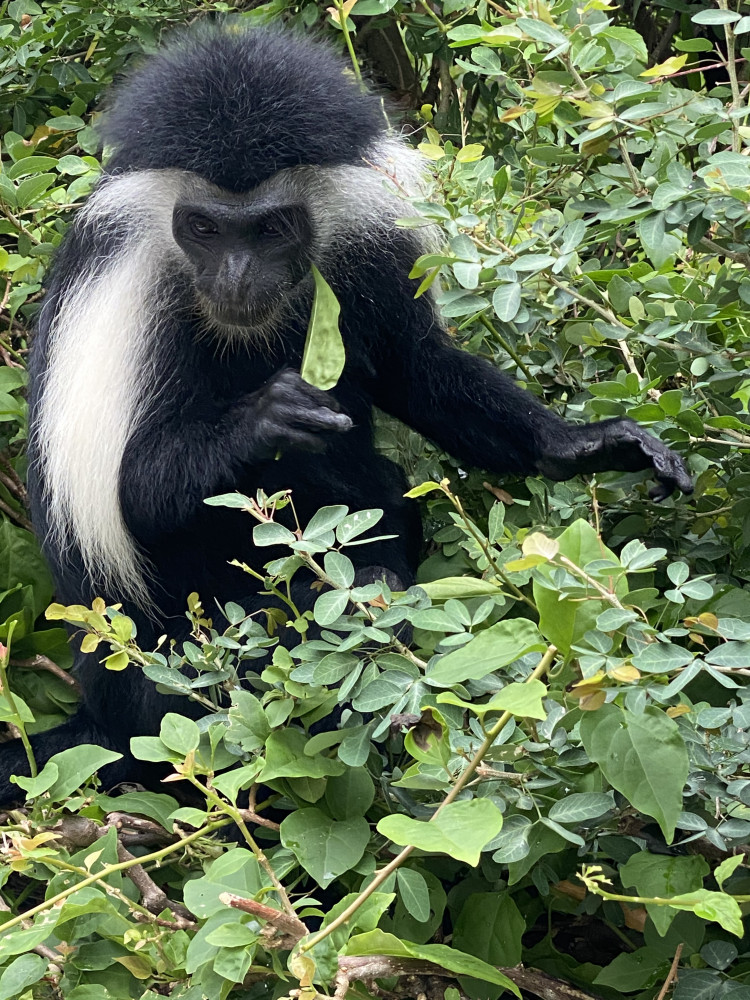 Scenic park with a high amount of diversity 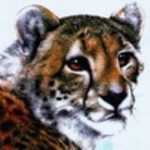