Your African Safari uses cookies to improve functionality and performance of this site. More information can be found in our privacy policy.
By continuing to browse this site, you consent to the use of cookies.
OK
Verreaux eagle on Chilojo Cliffs, Gonarezhou | Experience Africa Safaris
ParkDetailView

Buffalo, elephant, leopard and lion are all present in Gonarezhou, with only the rhino absent. And, an impressive array of aquatic wildlife, which includes the Zambezi shark.

Established in 1975, Gonarezhou National Park is situated in the south eastern part of Zimbabwe and is the second-largest game reserve in Zimbabwe, after Hwange National Park. The park is roughly 5,000 km² (1930 miles²) in size and means "place of many elephants."  As the name suggests, one can find a large number of elephants in this park, but, after years of poaching, they may more agitated at the sight of humans and could be more aggressive towards vehicles and visitors.

There are three main rivers in Gonarezhou—the Mwenezi, Runde and Save—and as a result, the park is home to a wide variety of fish and other water-based animals, including the hippo and crocodile. The park also boasts some spectacular scenery, with its cliffs being a must-see for those seeking dramatic surroundings. Chilojo Cliffs are made of red sandstone that overlook the Runde River—a popular waterhole for the many elephants found in this park. The cliffs are particularly stunning at sunset, when they appear a few shades redder in the setting sun.

One can find a large number of game here, and even four of the big five are here. Buffalo, elephant, leopard and lion are all present in Gonarezhou, with only the rhino absent. There are also many other large animals here, including cheetah, hyenas, giraffe, zebra, many species of antelope and a very large number of wild dogs.  Because it has three rivers cutting through it, the park also has an impressive array of aquatic wildlife, which includes the Zambezi shark. Gonarezhou is also an excellent destination for bird watchers, with hundreds of species of birds found within the park.

Gonarezhou National Park is part of the Great Limpopo Transfrontier Park (GLTP), a massive Pan-African Park that includes South Africa's famed Kruger National Park and Mozambique's Gaza. This park was designed to be a "peace park" and is dedicated to conservation, biodiversity and the economic development of the surrounding local communities. The hope is that the extensive and diverse nature of this newly-created area will provide unparalleled eco-tourism to visitors and reestablish previous animal migration routes and fragile regional ecosystems.
According to several resources, the combined park will include more than 500 species of birds, 147 species of mammals, at least 116 species of reptiles, 34 species of frogs and 49 species of fish.

When to visit Gonarezhou National Park

Gonarezhou experiences mild, dry winters and warm, wet summers. During the rainy season (November through early May), access to certain parts of the park is restricted and visitors should consult with park offices before undertaking game drives. Most tour operators will also advise on whether or not a game drive is recommended during specific times of year.  The dry season, June through October, is the recommended time of year to visit, and animal viewing will be easier due to reduced foliage and limited water supplies for animals.

Was here years ago and was in awe of the sheer size of this park. There's a luxury lodge with its own private airstrip where the upper crust tend to frequent. Did not see as many big animals as I would have liked, but saw a great deal of bird life.

Getting to Gonarezhou from Harare, Zimbabwe

It is around a six-hour drive to the park entrance from the airport, in normal conditions. It is also possible to get a charter flight from here.

Getting to Gonarezhou from Victoria Falls

Most guests come via Victoria Falls, as this park is normally visited as a part of a tour that includes several Zimbabwe parks and Victoria Falls. Charter flights are available here and more frequent than from Harare. 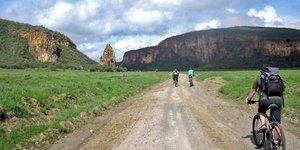 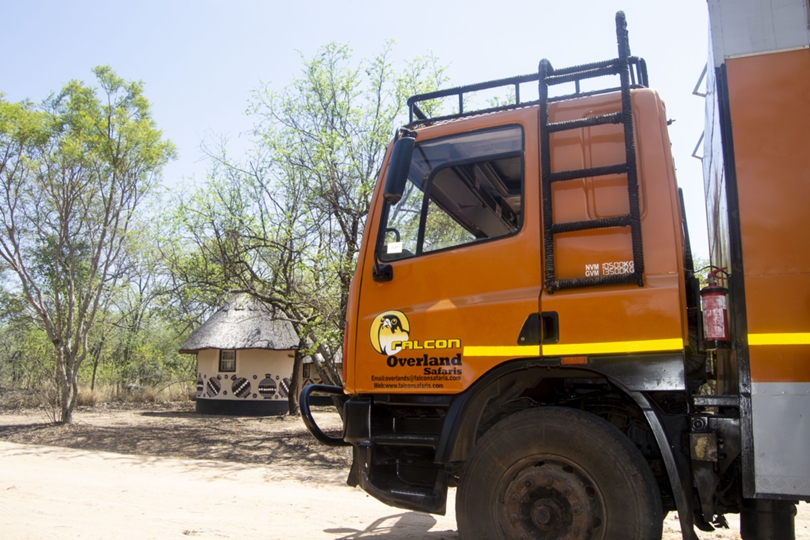