Your African Safari uses cookies to improve functionality and performance of this site. More information can be found in our privacy policy.
By continuing to browse this site, you consent to the use of cookies.
OK
Baby rhino at Mosi oa Tunya, Robin Pope Safaris
ParkDetailView

Home to the only white rhinos in Zambia, Mosi oa Tunya's compact size and proximity to a major airport make it a great destination for first-timers.

Mosi oa Tunya (often spelled Mosi-oa-Tunya), which is the ‘local’ name for Victoria Falls, originates from the Lozi language and means ‘the smoke which thunders’. Mosi-oa-Tunya is Zambia’s version of Victoria Falls National Park. Like the Masai Mara and the Serengeti, these contiguous parks change names at the border. Both include part of the Zambezi River and, of course, the majestic Victoria Falls. The park is divided into two parts: the waterfalls and the wildlife.

The Zambezi River attracts a decent variety of wildlife, including the following: antelope species, cape buffalo, elephants, monkeys, baboons and warthogs. There are no predators in the park and, due to the constant exposure to humans, the animals here are generally relaxed and easy to photograph. Due to the compact size of the park, game drives are normally completed within half a day. The roads are mainly tarmacked and, under normal conditions, are easy to manage. Walking safaris are also possible in Mosi oa Tunya.

The portion of the Zambezi River before the falls is home to several small islands. These islands serve as breeding sites for four migratory and endangered birds, including the Taita falcon and the black eagle. The park also has recorded at least 450 species of birds, with some sources claiming over 750 species, many of which are resident. For avid birders, the migrating birds arrive between November and December.

A highlight of this park is the white rhino. This endangered species was re-introduced into this region and this park is the only place in Zambia where you can observe them. They are heavily protected but, due to the small size of the park, your chances of seeing one are good. In March 2017 a baby rhino was born and the little one can also be seen here.

The spray from Victoria Falls can be seen from Lusaka Rd in Zambia, around 30 kilometers / 50 miles away. The falls are an impressive 1700 meters wide and the deepest drop is around 100 meters. Some main areas of attraction at the falls include:

Activities in and around Victoria Falls

In addition to wildlife safaris and a visit to the Falls, there are myriad items to do at this popular destination, including the following:

When is the best time of year to visit Mosi oa Tunya National Park?

The rainy or wet season runs between September and March. At this time, large numbers of migrant birds come from Europe, which may make this the ideal time of year for birders. If you are keen to take a plunge in The Devil’s Cataract, you’ll want to wait for the dry season, particularly in the later months of July and August, as this pool is only accessible during the dry season and is accessible by walking along the rim of the falls and is not for the faint of heart! There is also less mist in July and August, making the falls easier to photograph.

"Almost everything is here" 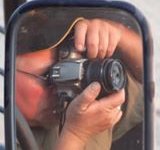 Mosi-oa-Tunya National Park is the second smallest national park in Zambia with only 66qkm. It's along the upper Zambezi River about 10km away from Livingstone town center. Since there are no predators, the animals are very relaxed and give you excellent photo opportunities. This park is open all year round and visitors can drive their own car. No 4x4 is needed to come up close to the numerous antelopes species, herds of buffaloes, giraffes, elephants, warthog, baboons, Vervet Monkeys, ... Birdwatchers wont be disappointed either with several kingfisher species present, African fish eagle, white-fronted bee-eaters and the illusive African finfoot.

Like this review? Go on, give it a Kudu!
By: Zamfari
Safari guru

"Seeing Vic Falls from both Zambia and Zimbabwe" 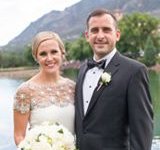 While on our honeymoon in South Africa, my husband and I made a trip up to Zambia / Zimbabwe to see Victoria Falls and we are so glad we did! My husband and I felt it was well deserving of "the seven natural wonders of the world" placement and were amazed by the amount of water that rushes over the falls. On our first day in Zambia, we took a boat over to Livingstone Island, where we were able to walk and sit on the very edge of the falls, in Angel's Pool. We visited in July, when the water was quite full, so Devil's Pool was not an option for us...thankfully (!). It will be an experience neither me nor my husband will ever forget, and luckily, our tour guide took several pictures of our terrified faces sitting on the edge! We also ventured to the park area on both the Zambia and Zimbabwe sides. The Zambia side is incredible and was a worthwhile view to see. It was also fun to meander through the park seeing monkeys, warthogs, and tons of wildlife. If you have the time, we definitely recommend seeing both the Zambia and Zimbabwe sides! Lastly, we were absolutely blown away by our hotel, The Royal Livingstone. The Royal Livingstone is a luxurious 5 star hotel situated on the Zambian side of Victoria Falls along the banks of the Zambezi River, just a short walk to the entrance of the falls. You are so close to the falls, you can hear the roar of the falls and see the midst as you sit on the deck by the river sipping cocktails. It was our favorite hotel of our entire trip and it was such a treat to stay in such beautiful and comfortable surroundings while visiting such an incredible natural wonder. We were sad to leave when our trip was over!

Like this review? Go on, give it a Kudu!
By: elizabethcrofoot
Safari enthusiast

If you are arriving at Victoria Falls International Airport, in Zimbabwe, the journey, without any border crossings, is about an hour. Be aware that you will require multi-entry visas if you are planning on returning to Zimbabwe for your return flight.

A third option is to arrive fro Kasane Airport in Botswana. It's about a two-hour drive to Masi oa Tunya not counting any border crossings.

If you're coming from Lusaka, Zambia, you're looking at around 6.5 to 7 hours driving, in normal conditions. 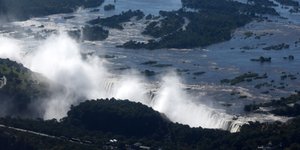 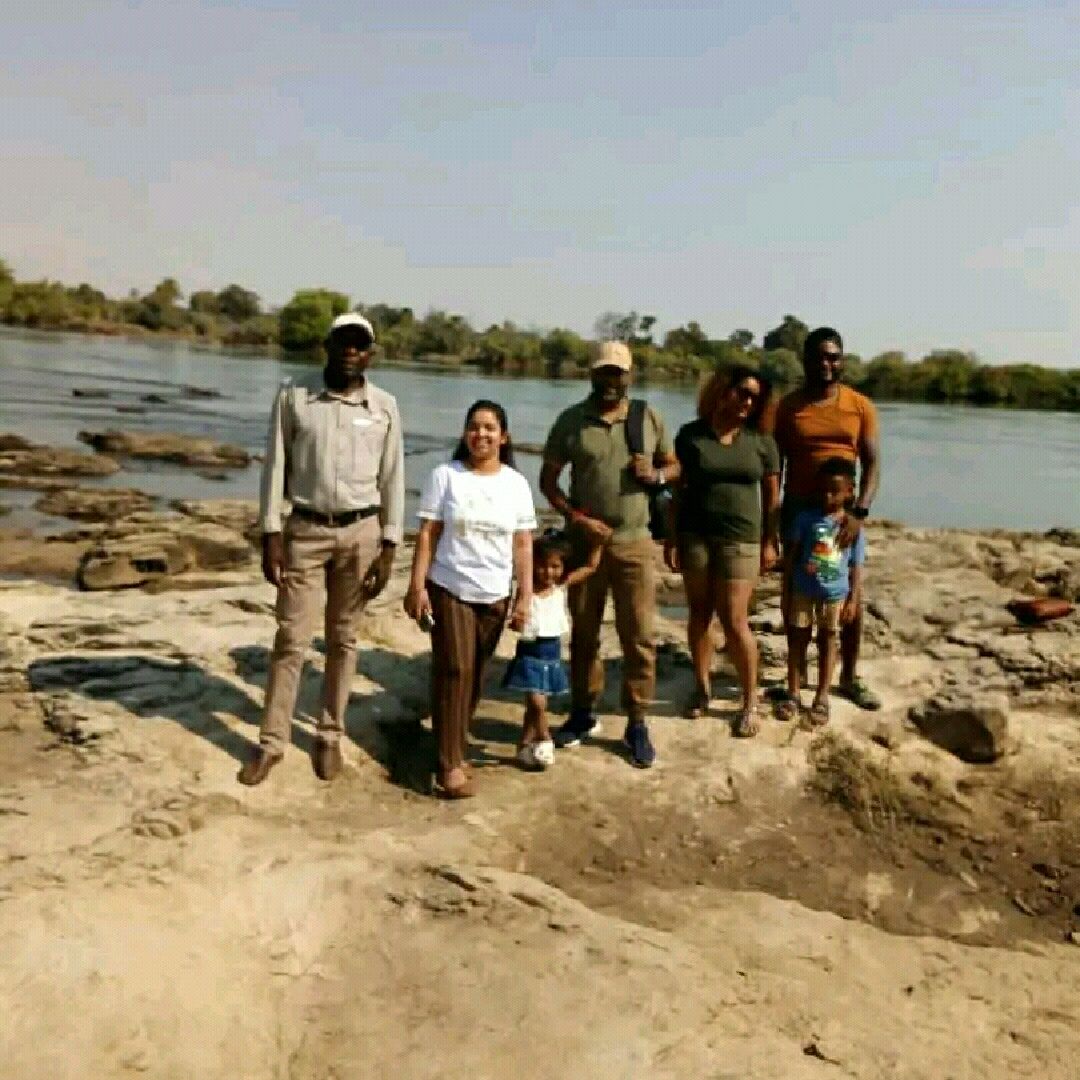 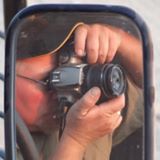 Almost everything is here 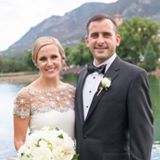 Seeing Vic Falls from both Zambia and Zimbabwe 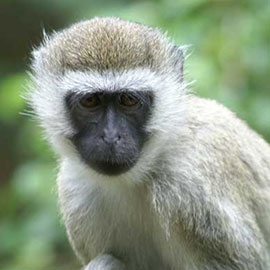 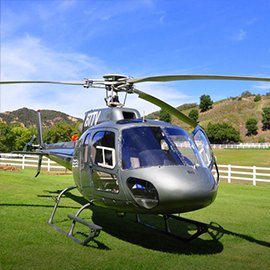