Your African Safari uses cookies to improve functionality and performance of this site. More information can be found in our privacy policy.
By continuing to browse this site, you consent to the use of cookies.
OK
Zebra in South Luangwa, Zambia

Zebra belong to the same scientific family as horses. Zebra coats are covered in black and white stripes and each zebra has its own unique pattern that is different from any other zebra. These herbivores are social animals that live in large herds and tend to graze on grasses. They are often found in the same habitat as wildebeest and in the Serengeti and Masai Mara, many do the great migration alongside other ungulates.

Zebras are diurnal animals and are most active during daylight hours. There are presently three species of zebra in existence: Equus quagga (plains zebra)—most populous of the three, Equus zebra (mountain zebra)—found mainly in southwestern Africa and Equus grevyi (Grévy's zebra)—the largest of the three species and also the most endangered. It is mainly found in Kenya and Ethiopia. Zebra possess excellent hearing and eyesight, which make them valuable additions to the great wildebeest migration. Wildebeest do not possess good eyesight and young wildebeest will often watch zebra's reaction to determine their own safety. Wildebeest do have a good sense of hearing and smell. The gestation period for females is 12 to 13 months, with one young being the average number born. 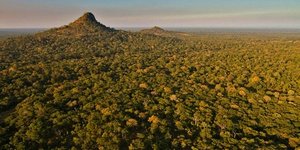 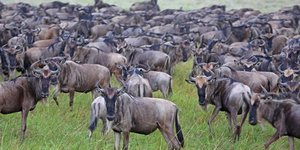 When is the best time to see the great wildebeest migration?

Published on April 30 2014
By: yourafricansafari.com 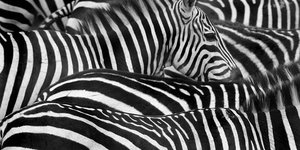 The story behind zebra stripes