Your African Safari uses cookies to improve functionality and performance of this site. More information can be found in our privacy policy.
By continuing to browse this site, you consent to the use of cookies.
OK
Wildebeest in Serengeti

The wildebeest is a large antelope that is better known as a gnu. The name wildebeest comes from Afrikaans and means ‘wild beast’. Wildebeest are found throughout sub-Saharan Africa and tend to prefer open plains and grasslands, particularly in Kenya and Tanzania, where over two million of these herbivores live and feed on the lush grasses. Two species of wildebeest exist in Africa: the blue and the black wildebeest.

The black wildebeest tends to have browner fur and is found in the southern part of Africa. The gestation period of the wildebeest is around eight to nine months, with one young being the average birth number. 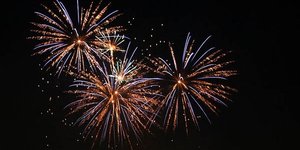 Published on January 03 2017
By: yourafricansafari.com 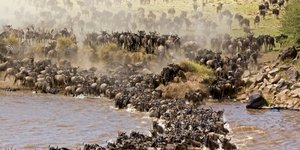 Top 5 lodges to witness the great migration in Northern Serengeti

Published on October 11 2014
By: Pip Strickland