Your African Safari uses cookies to improve functionality and performance of this site. More information can be found in our privacy policy.
By continuing to browse this site, you consent to the use of cookies.
OK
Elephants | Photo by Marcus Westberg of African Parks
ParkDetailView

Located in central Malawi, and only a few miles / kilometers to the west of Lake Malawi, is Nkhotakota Wildlife Reserve. Although it is not as well-known as other safari destinations in Malawi, it is quickly making a name for itself.

Nkhotakota’s remote location and limited accessibility meant it saw a dearth of human activity. At one point, over 1500 elephants are thought to inhabited the dense miombo woodlands that cover much of the reserve. Unfortunately for Nkhotakota, the areas surrounding it are some of the poorest in the country and, most of the human activity it did experience was from poachers and timber harvesters. It took only a few decades for the elephant population to dive to less than 100 elephants and for much of the land to suffer from deforestation.

In August 2015, African Parks stepped in to manage the reserve. This organization already manages two parks in Malawi: Liwonde and Majete and has had much success with other parks and reserves, such as Akagera, Rwanda and Liuwa Plain, Zambia. Their first step was to revive the dying wildlife populations. In July and August of 2016, they began a huge undertaking. They began the translocation of elephants and other game from Liwonde and Majete. In July and August 2017, they completed phase two of their initiative to successfully translocate 520 elephants and over 1400 other game animals. Their objective is to make it one of Malawi’s most important wildlife sanctuaries. African Parks is now working to educate and work with local communities to help put a stop to poaching and deforestation. There are also plans to complete the construction of a perimeter fence.

The wildlife reserve now boasts over 520 elephants and more than 1400 other game, including lions, leopard, hyena, hippo, waterbuck, kudu, impala, warthogs and sable antelope. With over 280 species of birds, including eagles, herons, hornbills and kingfishers, Mkhotakota is also a birder’s delight.

When is the best time of year to visit Nkhotakota Wildlife Reserve?

The rainy season generally runs between November and March. If you’re into lightning and dramatic thunderstorms, this may be your season. The days are hot and sticky and the bush is dense, which makes spotting animals more difficult. It is not uncommon to see young animals during this season and, with the rains come flowers, which also add color to the landscape.

From April through August is the cooler season. If you are visiting during this season, you will want to bring warmer clothes, particularly for early morning game drives.

In September and October, Nkhotakota sees its warmest temperatures. It is also a busier time for the reserve as local visitors tend to combine trips to the reserve with visits to neighboring Lake Malawi. During this time of year, many of the watering holes dry up, which forces animals to congregate around watering points in the core viewing areas.

The reserve is about a three-hour drive north from Lilongwe.

Local airline Ulendo Airlink offers scheduled and chartered flights to most parks and reserves in Malawi.  Nkhotakota currently is not part of the scheduled routes and flights to this reserve have a two-person minimum requirement. The flight from Lilongwe to Nkhotakota is under an hour. 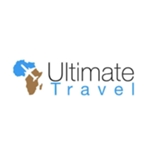 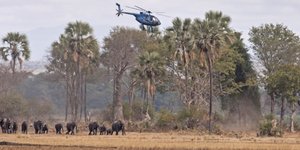 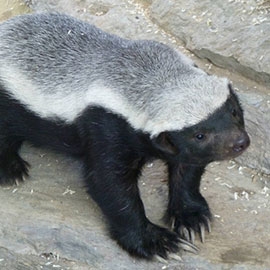