Your African Safari uses cookies to improve functionality and performance of this site. More information can be found in our privacy policy.
By continuing to browse this site, you consent to the use of cookies.
OK
Red road, Tsavo East | Wikimedia
ParkDetailView

From red elephants and crocodile-infested pools to hippos bathing in crystal-clear springs, this enormous park proffers much

Established in 1948 and divided into Tsavo East National Park and Park Tsavo West National Park by road and railway is southeast Kenya’s Tsavo National Park. The park is the namesake of the Tsavo River, which flows from east to west within the park and beyond, and its two sections jointly comprise one of the world’s largest, most scenic national parks in Kenya, at 22,000 km² (8,306 miles²).

Located east of Nairobi, Tsavo East is known for the biodiversity represented by its grasslands, savannah, waterfalls, rivers and inselberg. The Yatta Plateau—the world’s longest lava flow—forms the western boundary of the park; the visible strata of Mudanda Rock catch and cull water and wildlife; the Galana River conjures the white water rapids and crocodile-infested pools of the Lugard Falls; and Aruba Dam entices animal and bird. Elephant, dusted red by the park’s rich, rust-colored soil, are only one of the big five mammals that occupy Tsavo East—masai lion, black rhino, cape buffalo and leopard also homestead Tsavo East, as do hippopotamus and more than 500 species of bird. Although this park features all of the big five, it is often difficult to spot many of them, which is what prevents this park from receiving a perfect 10/10.

Tavo West, located 240 km (149 miles) from Nairobi, is wetter, more topographically diverse, and more often visited than its eastern counterpart, from the scenery of lake and spring to the park’s ascendable cliffs. The clear Mzima Springs, fed by clear water filtered through the Chyulu Hills’ volcanic rock, are rife with elephant, hippo, crocodile and endemic fishes that can be viewed under water. On the ground, the “big five” mingle with the inhabitants of the Tsavo West’s black rhino reserve; in the air fly the 300 m (984 foot) face of Kichwa Tembo and varied species of bird.

Game viewing, camping, trekking, mammal- and bird-watching are available on both sides of the park, though large parts of the park are closed to the public; for the experienced and daring, Tsavo West is known for its rock climbing.

When to is the best time of year to visit Tsavo East and Tsavo West?

Tsavo National Park is accessible year-round. The heavy rains occur between March and May; visibility and accessibility may be impaired during this time.

"A visit that deserves another" 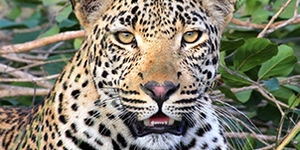 Well, I am at a lost for words to describe my visit to Tsavo.. I think the distance and the treatment given to us by Simon, our navigator at the time far exceeded our money. Simon took us to right places at the right time to find the right animal we needed… I have a feeling that most of the people that went that day but didn’t follow us went back home with least than what we experienced… this deserves another visit.. God bless Mr. Simon and the Team … Stephen Baya thank you for the services…

Like this review? Go on, give it a Kudu!
By: Duolbol
None

"Best park in Kenya to get close to the wIlderness"

Tsavo East is one of the underrated National parks of Kenya. On a recent visit during the Covid Pandemic, this was after the rainy season, we got to see thousands of wild elephants with the utmost silence. This is not among the top rated park and you get less traffic in the park and more serenity. We got to also get close to cheetahs, lions, giraffes, wild dogs and had an amazing wildlife experience. One of my favorite parks in Kenya.

Like this review? Go on, give it a Kudu!
By: Features Africa Journeys
Safari guru 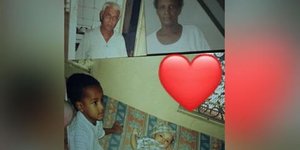 This trip was amazing. It was a one life time experience and I really enjoyed it more than any other trip I've been to in my life. They have good services and it was a very good experience. They say experience is the best teacher than means you have to experience it and feel the joy in your heart when you go and see the beautiful sites and animals. I went in April and there were many lions to see.

Like this review? Go on, give it a Kudu!
By: inaaradhanji
Safari enthusiast 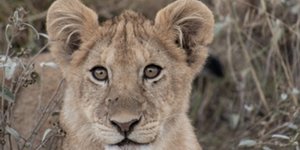 This is the largest national reserve in Kenya with a size of 22,000 square kilometers hence being split into two (East and West) Tsavo. It's not densely populated in terms of wildlife compared to other parks but it has variety of wildlife including vast species of birds which is a plus to birdwatchers. Tsavo has the longest lava flow and you'll get to see the shetani lava which s really awesome. While there, we spotted a leopard along the lava flow. Animals in Tsavo, especially the elephants, have red dust on them because of the red soil. Tsavo is a really awesome park where you can full day game drives and treks and you won't get bored for it has a lot to offer. Also you can get to visit Mzima springs- a really beautiful destination. The lodges in Tsavo are very good. 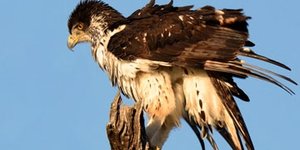 This park is huge with varying landscapes from grasslands, rocky outcrops, rivers and hills. There are loads of wildlife and in many different varieties. There are also many birds for those who love bird watching. The park is home to large herds of elephants and buffalo as well as the sizable lion population. Game drives are easy and you will not drive for more than a few hundred meters before you see the next animal. The park is easily accessible from Mombasa, only 2.5 hours drive coupled with many not so expensive accommodations. It is the perfect family getaway for a short safari. I would recommend a minimum of two nights to get the most out of your trip. There are far too many attractions to see. Favorite was having lunch at the Mudanda rock.

Like this review? Go on, give it a Kudu!
By: Niska
Safari enthusiast 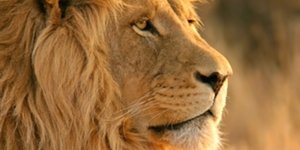 Tsavo National Park (east & west) is an amazing spot reflecting a lot of history, geography and wildlife. The scenery is amazing, as is the plateau, the wild game, the red elephants of Tsavo and much more.

Like this review? Go on, give it a Kudu!
By: SafariDeal
Safari tour operator

While visiting Tsavo East and West for three days, we were really satisfied with the whole journey, the guide we used was very professional and knew a lot of the animals. The driver always drove good and secure. They took good care of us. We were also very satisfied with the lodges. Tsavo is a really exiting park and we promised ourselves that we will have to go back again soon.

Like this review? Go on, give it a Kudu!
By: safarisdiani
Safari guru

Tsavo East National Park is one of the greatest wildlife sanctuaries known for the vast elephant herds and a variety of wild animals including lions, leopards, cheetah, giraffe, buffalo among other plains game. Tsavo West National Park also offers tremendous views with diverse habitats, ranging from mountains, river forest, plains, lakes and wooded grassland. Its plains borders with Tanzania. Bird life is prolific. A diverse variety of game can be seen most of the year round visiting the river to quench their thirst.

Like this review? Go on, give it a Kudu!
By: Great HorizonTrails
Safari guru

"Park with its uniqueness"

Tsavo-East is recommended for photographers with its fabulous light and unbelievable views, in particular the Mudanda Rock and the Yatta Plateau, the worlds largest lava flow. Lugard Fall on the Galana River is remarkable for the shaped water-worn rocks. Game includes: elephant, rhino, lion, leopard, crocodile, waterbuck, kudu, gerenuk and zebra and Hunters Hartebeest can be seen with its lyre-shaped horns. 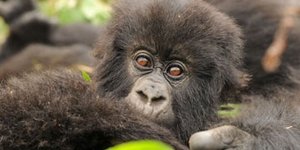 To the south-west of Tsavo East National Park, and on the opposite side of the Trans-Africa Highway, you find Tsavo West National Park. This park is one of the greatest wildlife spectacles that this remarkable country has to offer. Even compared with the spectacular Masai Mara, the wildlife density at Lake Jipe (far to the south on the Tanzania border) is astounding. There are great herds of plains game here, immense flocks of waterfowl, massive pods of hippos and vast herds of elephants that can often be seen swimming between the reed islands that lie just offshore from the Kenyan shore. Chyulu Gate campsite, in the north of the park, makes an ideal first stop; and from there, a single days driving will take you to the Kenya Wildlife Service bandas on Lake Jipe.

Like this review? Go on, give it a Kudu!
By: Topcats Safaris
Safari enthusiast

The drive from Nairobi's international airport to Tsavo is around five hours, even more depending on which area and which side of the park you plan on visiting.

If you are landing at JRO in Tanzania, the drive is around 3.5 hours in normal conditions and not including border crossings.

Safarilink offers direct flights from Nairobi Wilson to Tsavo West. The flights are just under an hour in duration.

Mombasa Air Safari is a Kenya coast scheduled airline. MOMBASA AIR SAFARI has been based at Mombasa's Moi International Airport since 1974. Our offices at Mombasa and Diani Beach Ukunda Airport are open during normal business hours. Our agent in Malindi Southern Sky Safaris have offices in the centre of Malindi. Our fleet consists of five aircraft with a seat capacity exceeding 100 seats. We have our own maintenance capability based at Moi International Airport Mombasa. Visit website 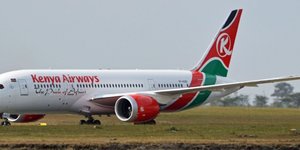 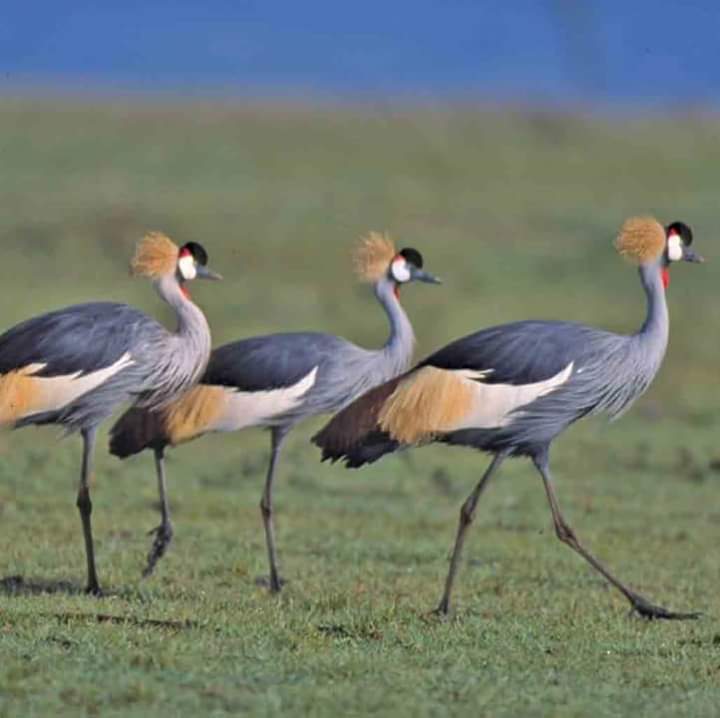 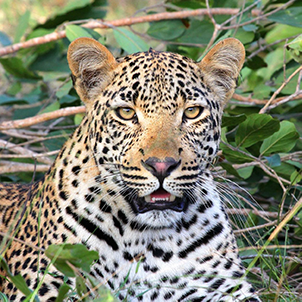 A visit that deserves another

Best park in Kenya to get close to the wIlderness