Your African Safari uses cookies to improve functionality and performance of this site. More information can be found in our privacy policy.
By continuing to browse this site, you consent to the use of cookies.
OK
Leopard in South Luangwa, Zambia | J. Goetz

The leopard is related to the jaguar, lion and tiger, and is the smallest feline of the four. The leopard’s spotted coat allows it to blend in with the leaves of trees, which is where it spends the majority of its time. They have very long tails, longer than half their body length; which gives them an excellent sense of balance, something they require to keep them from falling out of trees. Leopards are also excellent swimmers and they have been known to hunt fish and waterfowl. The leopard is a carnivore who is a nocturnal, solitary hunter. Their diet includes antelope, birds, warthogs and deer.  They are extremely strong animals and can pull a kill larger than they are, up into a tree for consumption. The gestation period of the leopard is three months and an average litter size consists of two cubs. The leopard is considered near threatened.

International leopard day is celebrated on 03 May 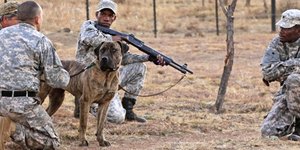 Published on November 21 2019
By: yourafricansafari.com