Your African Safari uses cookies to improve functionality and performance of this site. More information can be found in our privacy policy.
By continuing to browse this site, you consent to the use of cookies.
OK
Chimpanzee in Uganda | Franceso Ungaro

Chimps are great apes, along with as gorillas, humans and orangutans. There is no hair on a chimpanzee’s face, hands or feet, but the rest of its body is covered with either long black or brown hair.  Being a great ape, chimps don’t have a tail, but they do possess opposable thumbs and opposable big toes. They have big ears that stick out and help them hear other chimps in a dense forest. Chimpanzees are social creatures and communities may range in size from 15 to 120 chimps of both sexes and all ages. Chimps are omnivores and eat a wide variety fruit and leaves, but also like insects, bark, eggs, nuts and they even hunt monkeys and other small animals for meat. The genetic makeup of humans and chimpanzees is 98% identical, making chimpanzees the closest living relative to the human. Gestation period is nine months and female chimps normally have one young at a time, just like humans. 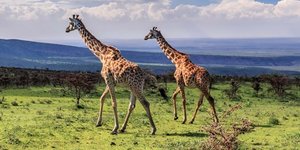 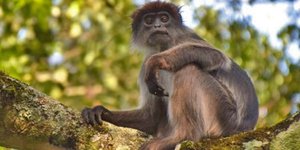 The magic of Kibale 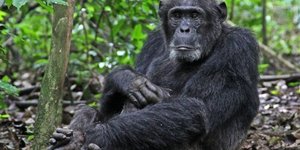 Working to save Uganda’s forests