Your African Safari uses cookies to improve functionality and performance of this site. More information can be found in our privacy policy.
By continuing to browse this site, you consent to the use of cookies.
OK
Black mamba

The black mamba is a regular on the world’s top 10 deadliest snakes. It averages around 2 meters (6 feet) in length, with the longest recorded measuring in just shy of 4.5 meters (nearly 15 feet). It’s also one of the world’s fastest snakes and is capable of moving at speed of up to 5 meters per second, or 20 kilometers/hour. This is roughly the equivalent of running 5-minute miles. Although it is named black mamba, the snake is more olive-brown in color. The name comes from the color of the inside of its mouth, which is black. 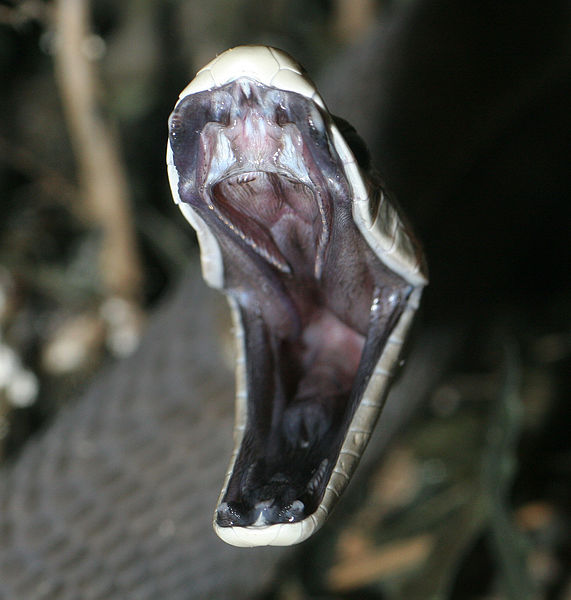 Black mamba are diurnal, active during daylight hours, and return to the same lair to sleep at night. They subsist primarily on birds and small mammals, although they can purportedly swallow something four times larger than their mouth, due to their ability to dislocate their jaw for particularly large and tasty treats. Black mamba are found throughout Sub-Saharan Africa. Their habitat tends to be savannahs and open spaces, and they favor tree hollows, termite mounds and rock crevasses for sleeping.

The black mamba can be identified by its length and coffin-shaped head. When provoked or threatened, it will open its mouth to expose its black interior. The good news: black mamba tend to be shy and rather elusive reptiles that seek to avoid confrontation. However, if they do feel threatened, they can quickly turn quite aggressive. The bad news: black mamba venom is full of neurotoxins which are so potent, the fatality rate is close to 100% if anti-venom is not quickly administered.

A female black mamba lays between 10-25 eggs, often in tree hollows or empty termite mounds, which she’ll then abandon. The snakes emerge in about three months and average around 50cm (20 inches) in length. Juveniles are also venomous.