Your African Safari uses cookies to improve functionality and performance of this site. More information can be found in our privacy policy.
By continuing to browse this site, you consent to the use of cookies.
OK
African elephant, one of the big five

What are the big five African safari animals?

The 'big five' in African wildlife terms refers to five game animals, namely the African elephant, the Cape buffalo, the leopard, the lion and the rhinoceros. The term 'big five' does not represent the only big game animals in Africa. It is a term which was given by big game hunters to describe the five game animals which are the most difficult and dangerous to hunt on foot. The actual size of the animals had nothing to do with the term when it was originated.

People cottoned on to the term 'big five' and when that status became legendary, it was adopted by the advertising and marketing community and there-after the tour operators also elected to use the phrase. For some tour operators the 'big five' has become a huge money spinner and they almost forget about many of the other majestic animals in the wild, such as the giraffe, the cheetah and the hippopotamus to name but a few.

If you have planned a safari, it would be prudent to advise your guide that you would like to see more than just the big five as many operators seem to concentrate primarily on them.

Which animals make up the big five? 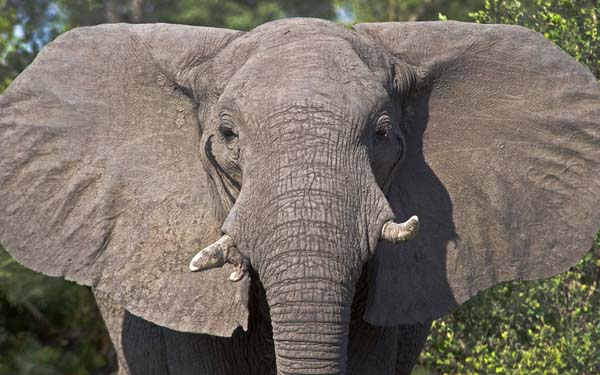 This magnificent elephant is not only highly intelligent, it is a communal animal. The oldest animal in the herd is the matriarch and an elephant herd ranges in size from just a few elephants to a few dozen. Male elephants are a lot larger than the females, as are their tusks. As elephants do not have sweat glands, they generally need to be near lakes, dams and rivers as they need water to cool down. An exception to this is the unique desert elephant from Namibia, which has adapted to survive in the harsh conditions of the area. 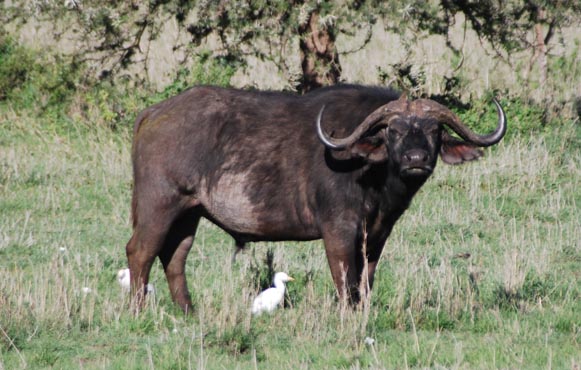 Buffalo are one of the most hunted species in Africa and are also one of the most dangerous. They are known to attack people if they are shot and are responsible for a high number of deaths to hunters. They will also protect one another and are known to surround and kill predators. You will seldom see a single lion attacking a cape buffalo. Although not endangered, the Cape buffalo count has declined due to them being hunted for their meat. They also tend to live near water as they need to drink every day. Buffalo herds can be enormous, and it is not uncommon for the herds to number up to 1,000. 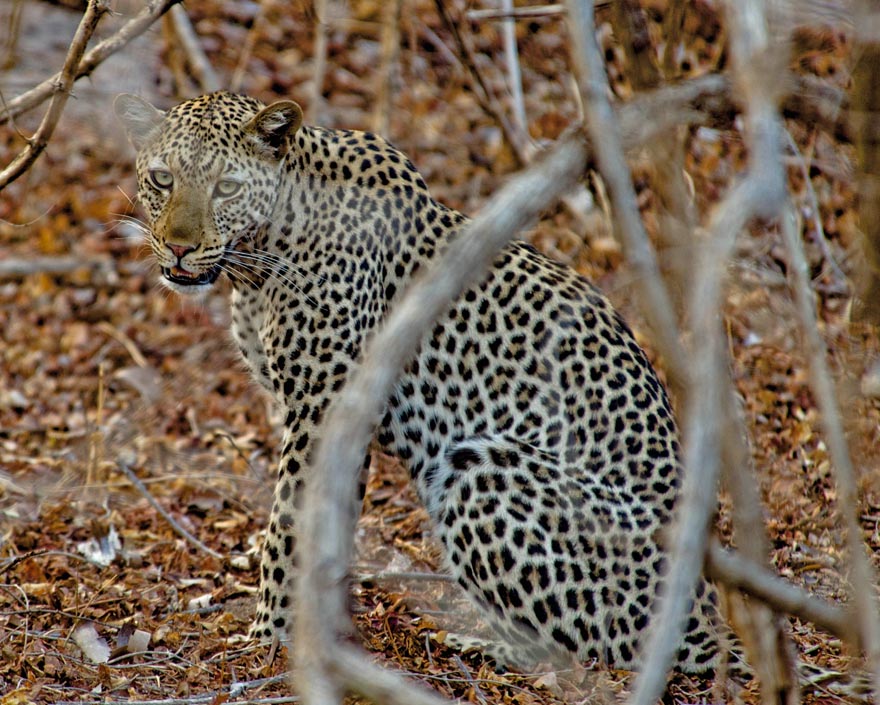 The leopard is mainly found in areas where there are thick bushes, riverine forest areas and in rocky surroundings where there is not enough thick vegetation. Leopards are nocturnal and hunt in the evening or at night as a rule, and spend most of the day sleeping in trees or bushes. Due to their spotted coats, leopards are well-camouflaged and can slink through the grass and bushes without being noticed by their prey. They will attack their prey at close quarters, usually by grabbing them at the back of the neck and dragging them up a tree to feast. Leopards are rather anti-social, and will stay with a mate for a few days, only for mating purposes. 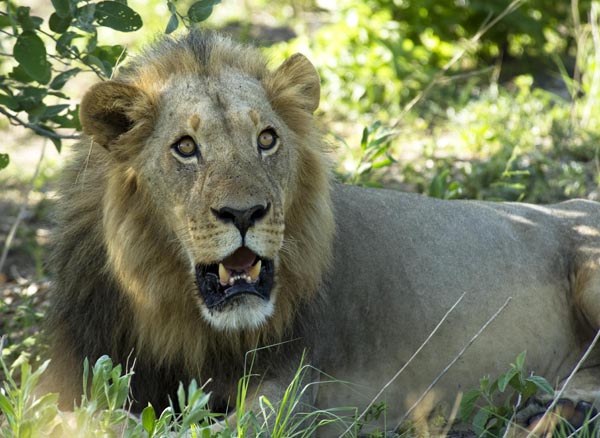 The lion is a much more social animal compared to the leopard. The pride is usually made up of a male, sometimes two, about half a dozen females and about a dozen or so cubs of varied ages. The female does all the hunting and, as with the leopard, this normally happens at dusk, at night time or at dawn. The adults always savor the prey first and the cubs are allowed to feed on the left-overs. Scavengers are also attracted to the leftovers often resulting in the cubs going hungry. Lions are also found near water sources and in areas where there is plenty of prey. They breed throughout the year and the lioness is extremely protective over its young, but once males reach the age of three, they are usually forced out and they have to fend for themselves. 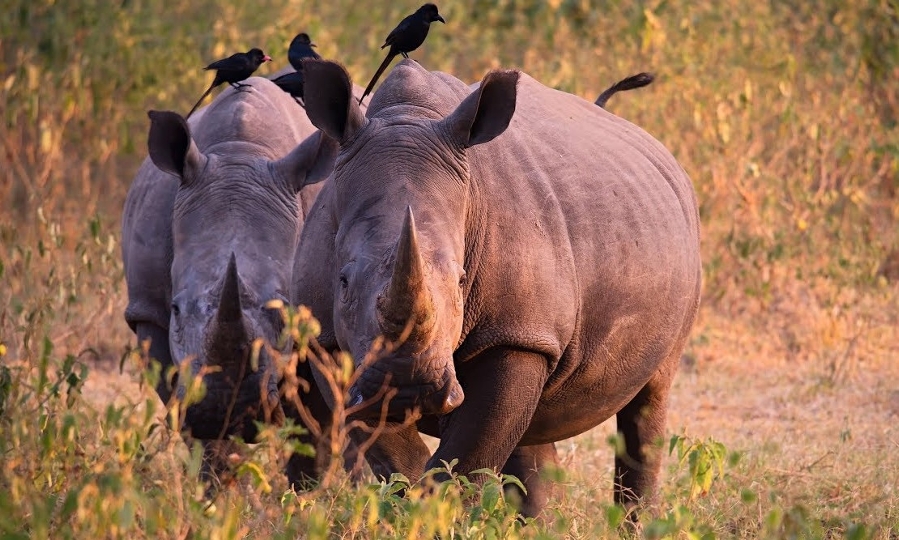 The rhinoceros is an endangered species. It is believed that there are fewer than 30,000 left in the world, with the vast majority concentrated in South Africa. The black rhino is the most endangered. Rhinos are neither black nor white. They are usually grey or brownish in color. The white comes from the Afrikaans word "wyd" which actually means wide but sounds like 'white'.

The rhinoceros is being killed at an alarming rate by heavily armed and ruthless poachers. The Asian, particularly the Chinese market, relies heavily on rhino horn for certain medicines which it believes can cure fever and gout; there are even claims that it can cure cancer. Although many measures have been put in place to curb poaching, the problem persists as just one kilogram (2.2 pounds) of rhino horn can fetch as much as $70,000 USD on the Chinese market. The poachers are paid large sums of money due to the huge profits the Asian syndicated are making.