We pride ourselves in our high level of professionalism from when we start to correspond with you, to your arrival, stay and eventual departure from East Africa. Our experienced bilingual guides and drivers are always more than happy to take you on a trip in Africa. With them, you are sure of having a most memorable African vacation. We at Tamasha Afrika LTD have been brought together by our love for the continent.
Write a review

"My greatest experience ever!"

I traveled to Kenya with my friends. We were 4 ladies and 1 boy and requested Tamasha-Afrika to arrange for us a private safari with a Japanese speaking tour guide. Tamasha-Afrika has a branch office in Tokyo and they never disappointed us by offering a perfect tour plan which included Masai Mara, Nakuru, Naivasha, Amboseli and Nairobi city tour for a reasonable price. We had great fun and saw a lot of animals, plants, cultures, foods, people with their hospitality. The experience of the great nature of Kenya is really amazing and unforgettable.
Afterwards, I traveled to several African countries but Kenya is the best for watching animals because there are so many species of animals and birds, and it's much easier to see compared with the other countries.
So, I highly recommend Kenya and Tamasha Afrika to everyone who wants to experience African great nature for the first time.

Like this review? Go on, give it a kudu!
By: yokonagano
{{ review.user.profile.user_type_display }}

"Unforgettable Memories! Kenya is one of the best places Ive ever been to." 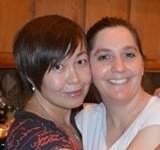 I traveled to Kenya with my friend in 2003. Tamasha Afrika has a branch in Tokyo, Japan. The Kenyan agent there is very helpful and he speaks English and Japanese fluently! He arranged awesome safari for us as much as he can with inexpensive price!
Actually, I didnt expect much for our first safari because I was not a big fan of animals, even lions. However, every safari in Kenya wes amazing!!

We visited to Amboseli National Park first, I saw a lot of elephants, giraffes, zebras, and etc, etc Especially, the sunset view was spectacular! Then we visited Aberdare National Park. The lodge is named The Ark, where the front of a pond has a big terrace and we could see the life of wild animals from there anytime.

Our next destination was Lake Nakuru National Park. I fell in love the place the most, because there were over 1,000,000 flamingos!! Have you ever seen flying flamingos? I had never seen them before, so they were amazing! A lot of flamingos and pelicans were standing in the lake, some of them were flying in the blue sky, the scenery was unbelievable!!! (Very stinky though, lol) We also met sleeping rhino there. In addition, the lodge in Nakuru served a great buffet. I strongly recommend there!

Our last destination was Masai Mara National Park. We went to see hippos to the river between from Masai Mara to Tanzania. The tour was also great! I saw a lot of hippos and crocodiles! After all, the trip was the best Ive ever had. I really appreciate Tamasha Afrika! I wish I could go back there again with my husband next time!

14People gave this
a kudu

Like this review? Go on, give it a kudu!
By: junwakabayashi
{{ review.user.profile.user_type_display }}

YAScore: 59/100
Based on 2 reviews
Overall rating
Cleanliness of vehicle
Meet and greet team
Quality of itinerary
Responsiveness of staff

"Home of the gods"

"Home to the 7th wonder of the world"