Your African Safari uses cookies to improve functionality and performance of this site. More information can be found in our privacy policy.
By continuing to browse this site, you consent to the use of cookies.
OK
Why did the hornbill cross the road? To warn the leopards to hide.

Kruger: The perils of box-ticking

I was glad when we finally left the Kruger. We’d just spent three days in the National Park on our first ever safari vacation. It was long enough for me to lose interest in self-driving for hours on bone-rattling dirt tracks in the hope of seeing some creature so far never previously seen, or to complete our Big Five by seeing a leopard. It reminded me of collecting collectables as a schoolboy, trying with nerdy desperation to get a complete set of whatever it was, the difference being that in the Kruger I couldn’t make market in the playground and swap my two extra hippos for one of your leopards. The rules of this game say you really have to see the game yourself, no matter how dimly or briefly. And if I ever do get to see a leopard, I shall have a bone to pick with him.

Erstwhile wit Oscar Wilde is reputed to have described English foxhunting as “the unspeakable in pursuit of the inedible”. Had he joined me on our third day, he might instead have described English big-game hunting as “the irritable in pursuit of the invisible”. Though when he tried to eat the impala meat we sampled, he might have fallen back on the word “inedible”.

Such were my cantankerous and curmudgeonly thoughts as we left the park. My wife disagreed. She loved the ever more remote and distant detours we took in the hope of avoiding our fellow tourists and finding where the elusive game might have got to today. Perhaps, as Chief Driver, she found the endless rumble of the wheels on the endless tracks both hypnotic and relaxing, although she claimed she found this scouring of the landscape exciting.

To me, as Chief Observer and Photographer, it seemed a game of logarithmically diminishing returns, game-wise. You tick off umpty-seven species in the first day or so near the camp, but by day three you travel 30 miles to add just one, if that, to your list. And that one may not even be one you were looking for, although admittedly the serendipity of the surprise is not without its charm. Perhaps the unexpected shock of seeing something new was the excitement my wife was referring to. Also, unlike me, my wife enjoyed the competition: who would wear the laurels today during supper with our friends, having won this latest bout of the noble game of “I Spy With My Little Eye”?

It seems that increasing jadedness is part of the safari experience. When we drove into Mopani Camp on our first day, we were agog with excitement. Impala had proinked on every side! Elephants had blocked the road from the park’s Phalaborwa gate! Young tuskers playfully faced off in titanic trunk-wrestling contests! Hitting piles of elephant dung at even low speed was like hitting blocks of wood! We were so close to one huge and crinkly grey behind, the source of just such piles, that it seemed to completely fill the windscreen! With possibly punning wit, a shop near the park’s gate sold boxes made from hollowed out and lacquered piles of dried elephant poo filled with potpourri!

As we excitedly spilled these tales to our friends who had arrived at Mopani a day or so before us, a pitying look passed between them, as if they had forgotten that only recently they too had been newbs. Now they found elephants deeply passé, and having the road blocked by pachyderms was as annoying as any traffic hold-up back home. As for the ubiquitous impala ...  bor-ing! We fell silent and let these hardened veterans clue us into the local routine.

As routines go, it didn’t seem that hard at all, certainly not the slurping of sundowners on the restaurant/bar’s balcony, which overlooked a large lagoon.  A baby hippo (aaaah! cute!) stood on the shore, small enough to vanish easily into its mother’s massive maw as she yawned hugely. Marabou storks (aaagh! ugly!) stalked the shallows, irritating a frustrated crocodile by hopping neatly out of the way whenever it attempted to snap a lanky leg in its savage jaws.

On a board inside, people had marked on a map where they’d seen what that day, so you could go there in hope of seeing the same. Different coloured map pins meant different targets. Near the camp was a cluster of purple, blue and yellow pins – buffalo, elephant and hyena. Further out, shining like fishermen’s lures, there was the occasional red, green and black pin – rhino, lion and leopard. We were duly hooked. This was the reason for our daily forays far out into the thorny sticks. There were also coloured pins for cheetah and wild dog sightings, but not one was stuck into the map. Perhaps tomorrow some would be. Hope and excitement rose.

We knew that Mopani was not in the more popular southern part of the park, but when we started planning our trip well in advance, we found we were not well in advance enough, and the more desirable camps were fully booked. Not that we had any major complaints about Mopani, which was authentically full of its name sake, the wing-leafed Mopane tree.  In addition to a cafeteria and a restaurant there was a shop where you could buy delicacies such as springbok and ostrich meat and, of course, in our case, the far from delicate impala meat.

Behind the camp’s high fence we felt safe, and we enjoyed strolling about its large, shrubby precincts watching the improbable hornbills, who enjoyed hanging out in the even more improbable giant baobab tree. Our own personal bush-style thatched chalet was spacious and well-appointed, and (pay attention, boys!) equipped with a convivial barbecue spot for cooking and consuming all that exotic meat. And if the impala in the cafeteria or from the shop was tough, you didn’t have to choose it, and in any case who could begrudge tough meat from a creature which had spent its life constantly on the run and on the look-out for impala-impaling lions?

We went on a night drive, hoping to be scared by close encounters with those kings of the beasts, without luck. We went on a second night drive, in hope of doing better, but again failed. We did however spot two other cats, a genet sitting compactly and cutely on a branch, and a serval. As we watched in the dim beam of a spotlight, a tiny duiker deer walked past the serval in the darkness. I’m afraid to say I think everybody in our opened-sided truck stared in the bloodthirsty hope of seeing a dramatic episode of nature red in tooth and claw. But the serval let the oblivious duiker quietly go its way, and we too went quietly ours.

We went on a game walk. The men and boys in our small group gawped in awe at the huge cartridges in our guides’ belts, and asked to handle their rifles. The guides fiercely instilled in us Rule Number One: no matter what happens, do NOT run away. If we did, they could not properly protect us. Again, we hoped for a scary encounter, preferably without any lethal charges and the accompanying rifle fire, but the only lions we saw were ant-lions, and lion vestiges, their paw-prints. Still, the thrill of there being only the accuracy of our guides’ shooting between us and an irate buffalo, lion or elephant gave frissons to the mere act of walking.

To be fair to Mopani and the Kruger, my jadedness during our later self-guided drives was partly a factor of the surfeit of game we had already encountered. No lions or leopards, but in a short space of time we had seen so much game.  The birds were also exotic and numerous, and the photo-opportunities extraordinary and plentiful. And no matter how stale the box-ticking got, no matter how drab at times the flat and scrubby plains seemed, the sense of being privileged visitors in a huge and exotic world, that we did not belong in, did not grow stale. Giraffes? Elephants? Rhinos? Lions? Crocodiles? Hippos? Hordes of careening antelope? How Jules Verne and Jurassic Park is that!

Despite all our wanderings, the best of all was saved for close to home - on our last day at Mopani we witnessed perhaps the most treasured sight of our trip. Not far from the camp’s gate, a mother hyena had her den in a culvert under the road. In the deceptive darkness before dawn we waited in our car for the sun to come up. In front of the den a spinal column stripped of flesh glowed pink and white in the half light, with a large pelvis nearby. The mother appeared, returning from her night’s hunting, ambling slowly. Finally, only feet from us, right beside the road, two hyena cubs emerged to stretch, yawn, sniff and play. For all the ferocious bone-cracking reputation of their kind, these guys were as cute as critters get, the low sunlight fringing their fluffy fur with a golden aura.

We left the Kruger and turned south, headed for the distant coast and the mighty seas around the cape. Annoyingly, our friends (and everyone else in the huge multi-car logjam that resulted) saw a leopard just as they were about to exit the park, using a different gate from the one we chose. Nonchalantly picking its teeth in a tree not far from the road, this big cat must have generated more clicks per second than a tap-dancing millipede, as the human hordes fired up a tsunami of photographs. Lucky so-and-sos ...

Disclaimer:  The author visited Kruger National Park in August, 2005. This article reflects the author’s opinions and these may not coincide with your own. Do not make any arrangements based on this review without first confirming that circumstances have not changed and everything meets your own requirements. The author prides himself on his reliability, but has a fallible human memory, and is not above making mistakes, so do not solely rely on anything in this article – check for yourself.

Copyright and photo credit: the author. 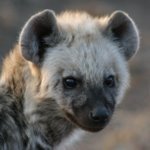 Has been on: 4 safaris 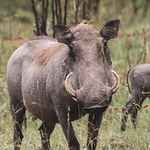 Great vehicles with pop up roof for game drives 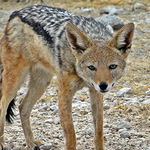