Your African Safari uses cookies to improve functionality and performance of this site. More information can be found in our privacy policy. By continuing to browse this site, you consent to the use of cookies.
OK
Lewa Marathon

Located in East Africa, Kenya is well known for its beautiful sceneries and hosting many local events. Lewa Marathon is one of the very many exciting events which occurs on an annual basis. If you are a fanatic of taking part in road races, you need to be part and parcel of this extraordinary event. Many visitors' and countries’ High Commissioners to Kenya have previously participated in Lewa Marathon thus evident enough that this is a global event. The Marathon takes place in the month of June and is organized by UK Charity Tusk Trust. This is among the unique events of its kind as the world as runners run side by side with wildlife.
In the Lewa Marathon, half- and full-marathon races are held within Lewa Game Conservancy which is approximately 1600 meters / 5,500 feet above sea level. Some of the wild animals you are likely to see in the conservancy include: elephants, rhinos, giraffe and gazelles. The aim of Lewa Marathon is not only to create awareness about the need to conserve wildlife, but also to raise funds to facilitate various projects including community development, health and education projects. For first time visitors to Kenya who may want to know where exactly the Lewa Marathon takes place, it is at Lewa Downs, 230km / 140 mi north of Nairobi. The event is proudly sponsored by Safaricom, one of the leading mobile networks in the region and beyond, in partnership with Lewa Wildlife Conservancy.
The first Lewa Marathon to held was in 2010 and since then it has become widely-known across the world. One feature in Lewa Wildlife Conservancy which differentiates this marathon from others is its rough terrain and harsh climate. This does not mean you should fear visiting Kenya or even to take part in the event. On the contrary, this has drawn many spectators from all parts of the world so that they can witness how runners manage to endure such conditions. Among the competitors who have earlier taken part in the race include world’s 2004 Olympic silver medalist Catherine Ndereba and Paul Tergat who is the former marathon world record holder.

Now that you know Lewa Marathon is a world event, be part of it by paying a visit to Kenya. 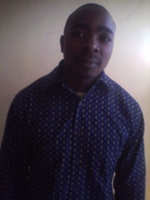 I am a traveler who likes to see wildlife and other sightseeing features. Rock climbing is also part of my hobbies while on safaris.

1Person gave this
a kudu 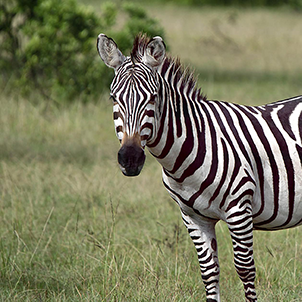 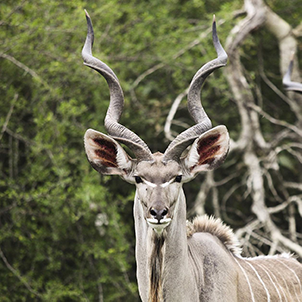