Your African Safari uses cookies to improve functionality and performance of this site. More information can be found in our privacy policy.
By continuing to browse this site, you consent to the use of cookies.
OK
With impressive ecological features, Lake Malawi is an important resource for East African countries

In the world of freshwater ecology, Lake Malawi is distinct and even unmatched in some ways. Stretching across three basin countries--Tanzania, Malawi and Mozambique--Lake Malawi is Africa’s third largest lake and the world’s ninth largest lake.  In terms of depth, Lake Malawi is the third-deepest freshwater lake found on earth.  The 11,400 square meter lake’s ecological, economic and social values are immense, making it an extremely valuable natural resource.  The lake has its origin in the rifting or pulling apart of the African tectonic plate, forming a deep valley in the African continent.  With the East African Rift Valley as surrounding, the lake with its clear waters and mountains is a majestic environment.   Tourists are often surprised by the clear water – often with a visibility of up to 15 meters deep!

But this grand environment has been the subject of dispute and rivalry in the recent months as the government of Tanzania pushes for the deployment of two passenger ships for transportation across the lake. Opposing these plans, the Malawian government is standing firm: they will not approve the transportation plans for these large passenger ships on the lake. Even though the majority of the lake falls within Malawian borders, Tanzania’s government continues with their plans for the passenger ships. This recent dispute comes after decades of several disputes concerning the lake. The history of Lake Malawi can tell many tales of name, territory and resource rivalries between the three neighboring countries. In Malawi, it is known as Lake Malawi. But if you find yourself in Tanzania, it is Lake Nyasa, in Mozambique, it is Lago Niassa. With the independence of these three countries long come and gone, Malawi, Tanzania and Mozambique still argue about which country owns which portion of the lake.

Malawi is extremely protective of the lake and monitors the lake carefully for environmental and climate change; hence Malawi's concern about the proposed passenger ships.  Malawi’s Ministry of Environmental Affairs and Climate Change documented a severe decline in the lake’s water. They believe the reasons for this are population growth, settlement expansions, resource exploitation, deforestation and climate change.  During the past two decades, the lake’s water level has dramatically reduced the lake’s annual fish stocks. The Ministry reported an extreme decline from 30,000 metric tons of fish per year, to a mere 2,000 metric tons per year.  With the onslaught of climate change predicting reduced rainfall levels for Malawi in the coming years, Malawi’s government has even greater reason to be concerned.  In light of the lake’s distinct freshwater features, including the lake’s number of fish species which is said to be the greatest of any lake on earth, the government’s data is distressing news.

The state of Lake Malawi’s biodiversity, Tanzania’s lake transportation plans and the millions of local people depending on the lake for their livelihoods raises an important question: what is the responsible tourist’s role to play?  Lake Malawi’s natural beauty, water activities, peaceful surroundings, and traditional fishing villages are major attractions.  But can the tourist’s say help dictate the conservation and protection of the lake and its natural resources which feed millions?  Definitely!  Responsible tourism promotes avoiding and minimizing negative environmental, economic and social impacts that may result from tourism activities.  In this sense, opting to make use of the existing transportation means available for Lake Malawi, albeit slower and more basic, would be the responsible and sustainable recommendation.

Lake Malawi is one of Africa’s greatest natural wonders.  The lake’s most threatening environmental risks are clear: declining water levels, fish population decline, water pollution and resource overexploitation.  The three basin countries need to share the responsibility of the lake’s protection and conservation.  But remember, this counts for the tourists as well! 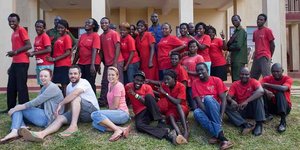