Your African Safari uses cookies to improve functionality and performance of this site. More information can be found in our privacy policy.
By continuing to browse this site, you consent to the use of cookies.
OK
Virunga's mountain gorillas and rangers are facing one challenge after the other - can tourism help solve their troubles?

With a history of intense civil unrest and war, the Democratic Republic of the Congo (DRC) and its tenacious and courageous conservationists and rangers – even war fighters turned rangers and conservationists – have re-built Virunga National Park, several times.  Established in 1925, Virunga National Park is Africa’s oldest national park and home to the very rare Mountain Gorilla.  The park is undoubtedly one of the world’s greatest natural treasures, a UNESCO designated World Heritage Site and Ramsar Wetland of International Importance.  All of this recognizes exceptional biodiversity – the exact reason why some conservationists feel that Virunga National Park should be one of Africa’s highest conservation priorities.  Threatened by civil unrest, war, poaching, an illegal charcoal industry and fishing – the park and its people have faced incredible confrontations in the past.  And now, yet another threat has to be opposed, the threat of oil mining within the confines of the park.

Virunga National Park in the DRC has been described by its chief warden and world renowned conservationist, Emmanuel de Merode, as the core of African biology.  Virunga National Park is not only Africa’s oldest national park, but it is also one of Africa’s most diverse parks, because of the vast habitats found within the park.  From the bottom of the Rift Valley to the peaks of the Rwenzori Mountains, the park covers rift valley lakes, savannas, woodlands, forests, mountain terrain and volcanoes.  From humid swamps to the glaciers of the Rwenzori peaks, encompassing the equator and some of Africa’s active volcanoes.  Man’s closest relative, the mountain gorilla, lives in these mountain and forest terrains, and half of Africa’s mountain gorillas are found within the park.  Besides the highly endangered mountain gorilla, there are many other unique and rare species.  Records show a total of 218 mammal species and over 700 bird species.  For bird species alone, the number of species found within Virunga exceeds all of the bird species throughout the United States.  The biodiversity is astonishing, showing just how critical the conservation in the DRC is.  But conservation efforts are severely hampered by the DRC’s natural resource exploitation, economic battles and civil unrest.

As with its biodiversity, the DRC has an incredible abundance of natural resources.  Raw mineral ores, diamonds, gold, copper, and oil to mention a few – collectively bearing huge economic potential for the country.  Unfortunately, these valuable resources have contributed little to national development and community upliftment in the past.  Where resources are controlled by warlords and armed groups, the revenue from resources are in fact fuelling local unrest.  The charcoal industry is one such example.  Within the Virunga National Park, unlawful charcoal operations are providing communities with a much needed and often sole energy source for cooking and water heating – but it is providing armed groups with a steady source of income.  Apart from concerns for the park’s biodiversity and especially is fragile mountain gorilla population, the World Wide Fund for Nature (WWF) is concerned that oil extraction within the park will spark further violence and poverty – as has happened following oil extraction in Nigeria’s Delta.

SOCO International has a license for oil exploration within Virunga National Park.  Although only aerial surveys are planned for now, the environmental disruption of potential oil mining within the park cannot be ignored.  Oil mining will bring major environmental disruption: rainforest clearing, deep underground drilling, seismic testing, land clearing for roads and oil pipelines.  It is said that SOCO will prospect for oil in the Lake Edward, a key Nile tributary.  It takes little convincing to realize that oil exploration will have direct and cumulative impacts, from contamination to potential triggering of volcanic eruptions.  The Mountain Gorillas will be threatened - the oil exploration site is only 20 miles from the central mountain gorilla habitat.

With acts of bravery, Virunga National Park’s 680 rangers have defended conservation through years of civil unrest, war, illegal acts and even negotiating with rebels at times for the safekeeping of Africa’s oldest park.  Many rangers have lost their lives working for conservation in Virunga.  The plight of Virunga’s rangers came under the international spotlight earlier this month as the park’s chief warden and Belgian nobleman, Emmanuel de Merode, was ambushed while traveling through the park.  De Merode was appointed director of the Virunga National Park in 2008, and has since worked alongside the Congolese Institute for the Conservation of Nature (ICCN) in opposing the park’s conservation threats, including the latest oil exploration threats.  The attempt at the De Merode’s life is again confirming the difficulty and risks faced by Virunga’s rangers.  And still the persevere with the greatest of dedication.

Although the rangers are facing dangers and threats, there are definite successes.  During recent consecutive years, the DRC has experienced a 100% growth in tourism, with eco-tourism taking a leading role.  The importance of tourism for the DRC cannot be stressed enough.  Through tourism, it is seeing real change for the local communities, including security, infrastructure development and education.  Revenue is being generated for the communities – not the rebels.  Virunga and its rangers need help.  By combining conservation, tourism and public opposition to resource exploitation, Virunga could reach for victory, free of environmental impacts. 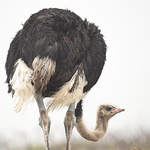 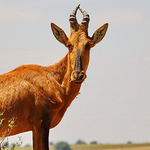