Your African Safari uses cookies to improve functionality and performance of this site. More information can be found in our privacy policy.
By continuing to browse this site, you consent to the use of cookies.
OK
Justice has prevailed: no paved highway will bisect the precious Serengeti

For two decades, Africa and wildlife enthusiasts across the world battled to save the Serengeti and the Great Migration from the planned Serengeti highway. Every year with the rain season in East Africa, the Great Migration takes place. Wildebeest and zebra in numbers well over a million animals migrate across the Serengeti towards the Masai Mara in what is described as one of the last genuinely impressive natural phenomena. The magnitude of this yearly migration tells the story of true Africa – and the animals that still roam freely in undisturbed plains. But the Tanzanian government planned to develop a highway, the Serengeti highway as it became known, through the Serengeti National Park linking to Rwanda, Burundi and the Congo. Described as a 53 km (33 miles) super highway, the highway planned to bisect the Serengeti right in the migration pathway. Following international outcry, the Tanzanian Government eventually placed their plans for a highway on hold. This was further strengthened by a court case initiated by the African Network for Animal Welfare (ANAW) against the Tanzanian Government. The court case ruling expected to direct the way-forward. Now, the court has decided.

For the past four years, ANAW has advocated in every possible way to protect the Serengeti from this development. They fought for a permanent court injunction to ensure the existence of the Serengeti ecosystem for generations to come. But in all of this, ANAW still acknowledges Tanzania’s need for national development – as development in Africa is considered central for the eradication of poverty, low life expectancy, health threats and other social concerns. Yet, ANAW reasoned that it is the Serengeti and the protection of this environment, and not the Serengeti highway, that will bring forth future benefit.

Continued lobbying for the highway

Although the court’s verdict is a huge step forward for the conserving of the Serengeti, some organizations remain watchful. The court’s verdict explicitly rules against a bitumen, or asphalt, road – this means that other options could potentially be taken forward – such as a gravel road. And in an African context, a gravel road is still considered an option. The majority of affected parties and organizations involved feel that there should only be one option considered, and that is the option of a Southern route alternative. This Southern route will completely bypass the Serengeti National Park, and is therefore supported by two key parties including the Tanzania National Park and the World Bank. It is expected that this Southern alternative will not impact the Great Migration at all, hence why it is considered such a feasible alternative, protecting wildlife but still allowing the option of economic and infrastructure development.

The joyous news that the East African Court of Justice has declared the construction of a bitumen road through the Serengeti as illegal has brought hope and confidence for those who have dutifully defended the Serengeti. The ruling has fixed further confidence in East Africa’s legal system and its power to protect its natural resources. Now, if there has to be a highway, the next step is to secure the adoption of a Southern bypass, leaving the Serengeti and its wildlife to roam freely well into the future.

5 gave this
a kudu 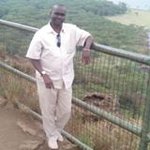 Thumbs up for the East African Court