Your African Safari uses cookies to improve functionality and performance of this site. More information can be found in our privacy policy.
By continuing to browse this site, you consent to the use of cookies.
OK
Infinite views across the Drakensberg mountains and valleys - hopes are that tourists from across the world we be able to experience this in the near future

With mountain top names such as Cathedral Peak, Giant’s Peak and God’s Window, the Drakensberg Mountains in South Africa's KwaZulu Natal (KZN) Province are among the world’s natural beauties. The rolling green hills and majestic mountain tops have made this mountain range and surrounds a local and international tourist attraction of note.  But, very few people can actually reach the escarpment to appreciate this wonder. This may all change if the KZN Department of Economic Development and Tourism succeeds in opening this wonderworld to a greater tourist market.  To date, the only way to reach the mountain tops were by foot, strenuous hikes, only for the fit and adventurous, or via the Sani Pass, nervy off-road driving!  The cable car will change this, and will allow many more to be inspired by the never ending mountain view from atop this well-known mountain range.

In total, the Drakensberg mountain range covers a distance of 180km (111 miles), separating KZN and neighboring country Lesotho.  Mount Amery near the small rural town of Busingatha is the chosen mountain summit for the newly planned cable car.  Starting at the beautiful Woodstock Dam, the cableway will run up a mountain spur, along the picturesque Busingatha Valley.  The ride will cover a distance of approximately 7km (4 miles).  At the mountain top, a small top station will be developed where tourists will be allowed the opportunity to take in the breathtaking views while enjoying basic facilities.  The summit has been carefully selected and features not only an impressive summit, snowcapped in winter with rural landscape surroundings, but it is within reasonable distance of major cities Durban and Pietermaritzburg.  For years there has been talk about a possible cableway project, but it is only in 2013 that the local department announced that a feasibility study has been completed – with a promising and positive outcome.  Following the positive outcome of this feasibility study, the project planning was launched in full force.  A four-month public participation process was undertaken during which project planners consulted with local people from all walks of life, including local tribes and businessmen.

The cable car project is still in its planning phase, but already it is clear that the project will revolve around a green and environmentally sensitive design, with a strong conservation focus.  The section of the Drakensberg has official UNESCO World Heritage status and the cable car development will stay clear of this region to avoid any negative impacts affecting the heritage and cultural status.  At the same time, the cable car project hopes to unlock the tourism potential associated with this unique status.

Although the specifications are far from finalized, the options on the table are cable cars accommodating between 50 and 100 people, with the possibility of different entrance and exit routes offering maximum coverage of the Drakensberg environment. The option of a gondola system has not been excluded, although the cable car system seems to be a more preferred option.

Although conservationists and environmental activists will closely follow the development plans to identify potential impacts in this pristine environment, it is believed that the proposed cableway has two major draw cards in store for tourists, namely the nearby Royal Natal National Park and the absolutely iconic Drakensberg Amphitheatre – what many people know as the heartbeat of the Drakensberg mountains. The purpose of the cableway is clear: providing access to the pristine and unique Drakensberg escarpment, currently inaccessible to most tourists. While calculations are made and the project assessed from all angles, the Drakensberg continues to inspire local communities and the lucky few who are able to reach the escarpment, only to be rewarded with an infinite view of mountain tops and valleys.

Source: Feasibility study and business plan for the Drakensberg Cable Car. Prepared for the Department of Economic Development and Tourism of the KwaZulu, Graham Muller Associates, July 2013 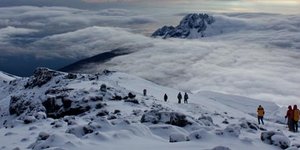 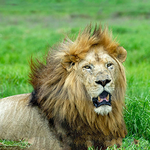